You've indicated that you are not attending this event.
You've successfully registered for this event.

Login to RSVP for this event or RSVP without logging in.

Diversifying international trade corridors, with particular focus on China and the Asia Pacific region, is a hot topic in the effort to expand Canada’s global reach. With a wealth of opportunities just a continent away, what role does Hong Kong play going forward as companies look to access these new frontiers?

Join us for the HKCBA Vancouver AGM and luncheon June 8th, 2018 at the Vancouver Club for an in-depth discussion on economic and policy developments in Hong Kong which are creating opportunities for Canadian companies.

This session is free to attend and kindly sponsored by the Hong Kong Economic and Trade Office in Toronto.

Charles Ng was appointed as an Associate Director - General of Investment Promotion at Invest Hong Kong (InvestHK) in July 2007. He heads up one of two sector - focused divisions that is responsible for helping overseas and Mainland companies to establish or expand their business presence in Hong Kong. His teams are responsible for Financial Services, Financial Technology, Innovation and Technology, Information and Communications Technology, Startups and Research & Knowledge Management.

Mr Ng leads the StartmeupHK programme which aims to promote Hong Kong as a premier startup destination in Asia, attract overseas entrepreneurs to the city and help to build it into a leading destination and hub for innovation and entrepreneurship. He has extensive experience in the private sector, having worked for companies in the manufacturing and trading sectors, as well as for multinationals in the financial services and banking sectors in Mauritius, Canada and Hong Kong. He also has experience setting up and managing his own business and running a major international chamber of commerce in Hong Kong.

Mr Ng speaks English, French, Cantonese, Putonghua, Hakka and Creole, and holds an MBA degree awarded jointly by the Business School of the Hong Kong University of Science and Technology and the Kellogg School of Management of Northwestern University.

From 2011 to 2016, Jeff served as Director General responsible for Canada’s official development assistance in Asia, first with the Canadian International Development Agency and then with Global Affairs Canada. Jeff has been posted 3 times to the Canadian Embassy in Beijing: in the development assistance section 1991-95 and 2000-2004, and as Deputy Head of Mission (deputy ambassador) 2008-2011. He is fluent in Mandarin. He also held various positions at the Canadian International Development Agency between 1988 and 2008, working on programs related to China, Russia, strategic policy and international financial institutions.

Jeff holds an M.Sc. in political sociology from the London School of Economics, B.A. in international relations from the University of Toronto, and a certificate (one-year program) in Chinese language and culture from the Chinese University of Hong Kong. 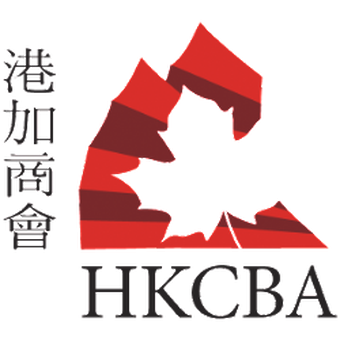